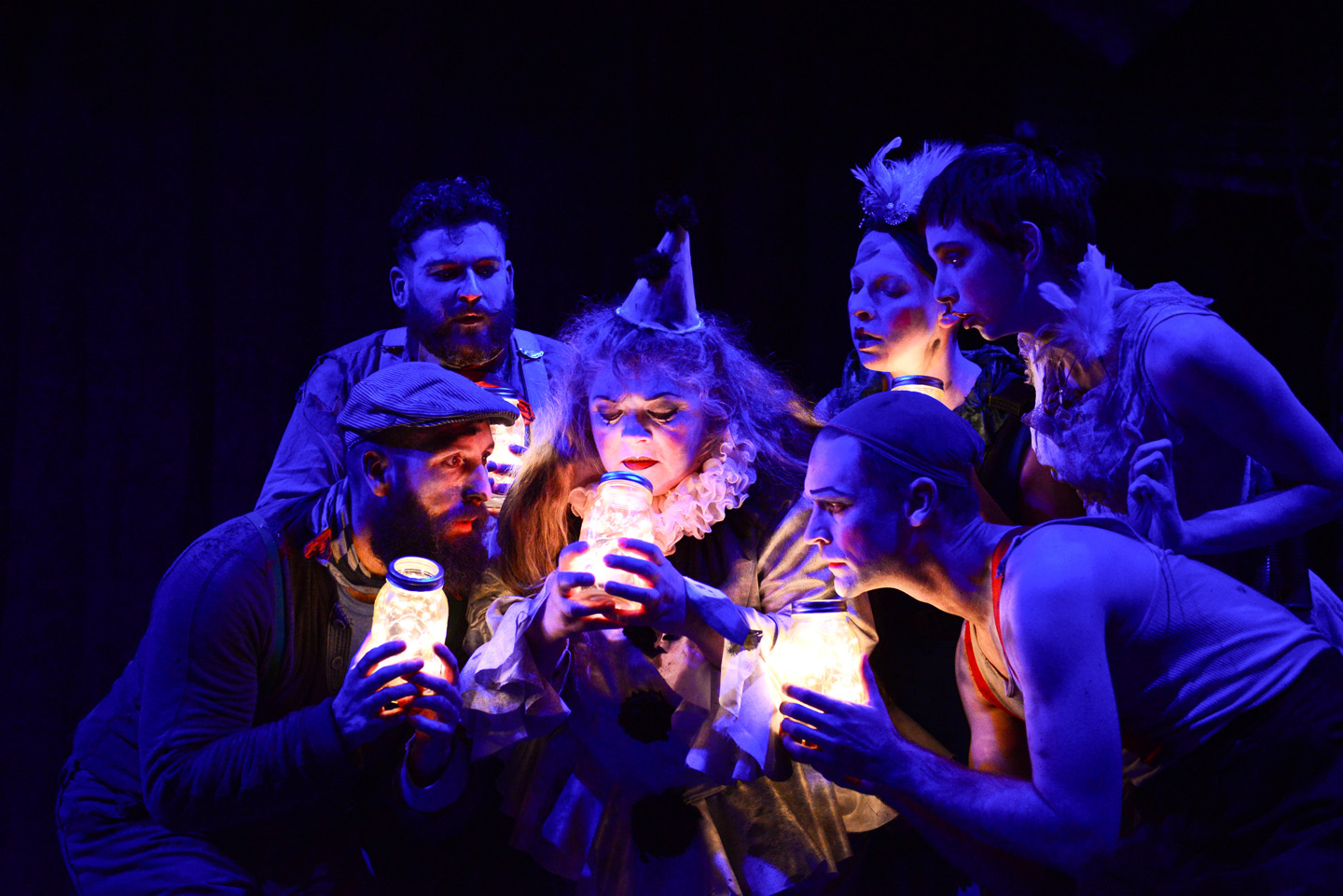 Porchlight Music Theatre plays host to a fast-growing Chicago holiday tradition for a strictly limited engagement! Burning Bluebeard, created and performed by the critically acclaimed theatre troupe The Ruffians, has been touted as “a show you won’t quickly forget and that you could only see in Chicago” by the Chicago Tribune, and NewCity says the production is “filled to the brim with irreverent humor, riveting dance sequences and enough charm to fill a bucket…” Told with music, clowning, tumbling, acrobatics and dance, “Burning Bluebeard,” is a physical-performance phenomena inspired by the true story of Chicago’s former Iroquois Theatre and the unforgettable events that resulted in tragedy for 600 theatergoers at Christmastime in 1903. A holiday tradition for many since its debut in 2011, each performance excavates the poetic and poignant remains of a piece of Chicago’s rich history and leaves the audiences with an unforgettable experience.