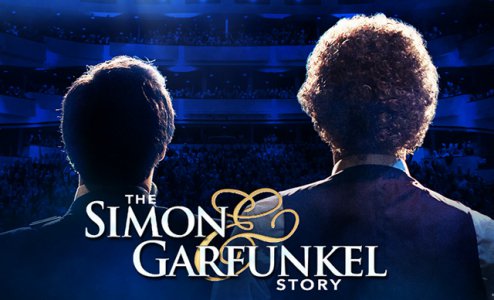 Since its sell out in London’s West End, ‘The Simon & Garfunkel Story’ is now the World’s leading theatre show concerning Simon & Garfunkel featuring a full live band and state of the art video projection and lighting. The show includes all of their hits, including ‘Mrs. Robinson’, ‘Cecilia’, ‘Bridge Over Troubled Water’, ‘Homeward Bound’ and many more.

With more than 100 million album sales since 1965, Simon & Garfunkel’s perfect harmonies and songs that poignantly captured the times made them one of the most successful folk-rock duos of all time. Over the years, they won 10 Grammy Awards and were inducted into the Rock and Roll Hall of Fame in 1990. In 1977, their Bridge Over Troubled Water album was nominated at the 1977 Brit Awards for Best International Album. In 2003, Simon and Garfunkel were awarded a Grammy Lifetime Achievement Award and the following year saw their “The Sound of Silence” awarded a Grammy Hall of Fame Award.